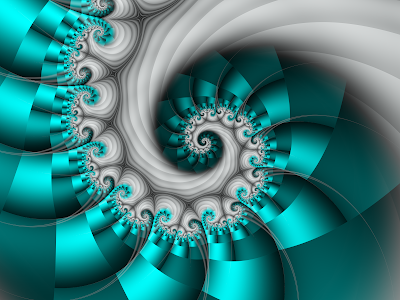 "I believe that scientific knowledge has fractal properties, that no matter how much we learn, whatever is left, however small it may seem, is just as infinitely complex as the whole was to start with.  That, I think, is the secret of the Universe."

I had an interesting dream last night.  In reality, I haven't used the Apophysis software to make fractals since 2016 or 2017.  In my dream, I was using it again.

That's it.  That's the dream.  It was short and sweet.

In other news, we are now living in the condo we bought.  We moved in on January 24th.  It was delayed a little bit from the first estimated date because we didn't close on the house until December 15th.  Then, it took a while for the painters and flooring contractors to finish the place.

It's a much bigger house than the apartment we were living in.  Our cats Sheba and Loki love to run around like wild cats, chasing each other around because there is so much room for more playtime.  I also like the size of the house, as I no longer feel claustrophobic.  I just hate to confess that we are not yet done putting things away or organizing our new home.

The move was very stressful for me.  It has been said elsewhere that moving is one of the top stressors of life.  The good news is that we will never move again.  We plan on staying here until we die or until we get put in nursing homes.  Hopefully, the latter will not happen.